US Vogue, Daily Mail and Airbnb name Koukaki in Athens one of the “coolest neighbourhoods in the world” 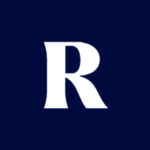 The much-loved neighbourhood of Koukaki in central Athens has been for decades now a favourite touristic destination for those who want to experience Greek food and culture in the heart of the Greek capital.

Even though Koukaki is a small neighbourhood, located right next to the famous town of Plaka, it is always full of music and live events, all of which exude the nostalgic atmosphere of Athens in older times.

The colourful stores and restaurants, the old and neo-classical buildings, and the picturesque rocky pavements of Koukaki have not gone unnoticed by some of the largest media publications in the world, which have named Koukaki the prettiest neighbourhood of Athens and one of the coolest places in Europe.

British tabloid Daily Mail – the most circulated publication in the UK – praised Koukaki and ranked it number one on the list of the best places to visit in Greece.

“Adjacent to The Acropolis, Koukaki sits at the bottom of the Lofos Filopappou and, like all great neighborhoods in Greece, is home to many ancient treasures,” the Daily Mail reported.

“In recent years two pedestrian-only streets have cropped up in the neighbourhood, making it a fantastic destination for a wander.

“The place has a cafe-like feel with all of the restaurants and bars placing tables and chairs outside.

“Grab a coffee, a book, and a seat and watch the parade of people go by.”

Travel and hospitality site Airbnb has also included Koukaki in its list with the “Up-and-Coming Neighbourhoods to Visit”, and named it the 5th must-visit neighbourhood in the world.

Based on the reviews and votes of 40 million travellers from 150 different countries, Koukaki was ranked the 5th best neighbourhood, only behind Chūō-ku in Osaka, Japan, Banglampoo in Bangkok, Thailand, Brickfields in Kuala Lumpur, Malaysia, and Capucins in Bordeaux, France.

“Koukaki, one of the most beautiful Athenian neighborhoods and one of the best in the world, always welcomes its visitors with a smile, hospitality, warmth, and elements that derive from the history and tradition of Athens,” Airbnb wrote.

“On our list of the 16 best neighborhoods in the world, our 40 million travellers have selected Koukaki, the favourite neighbourhood of Athens, to be No. 5 as the place where visitors will both find what they want and at the same time can experience an aura of the past.”

The Airbnb list with the best neighbourhoods to visit also includes three small towns in the United States, three neighborhoods in South America, as well as the town of Richmond in Melbourne, Australia, which holds the 15th spot.

High-end Holidays at Greece, in an unspoiled natural scenery